And on the 7th day, we had to say goodbye to our vacation. We woke up early to depart Joshua Tree. Goodbye California!

Because we’d made the drive mostly at night on the way there, we decided to make a few stops on the way back. We stopped along Route 66 at a gas station, cafe, and former army barracks. It reminded me of something you’d see in an old movie from the 60’s or earlier. We snapped a few pics with the Route 66 road signs and moved along. 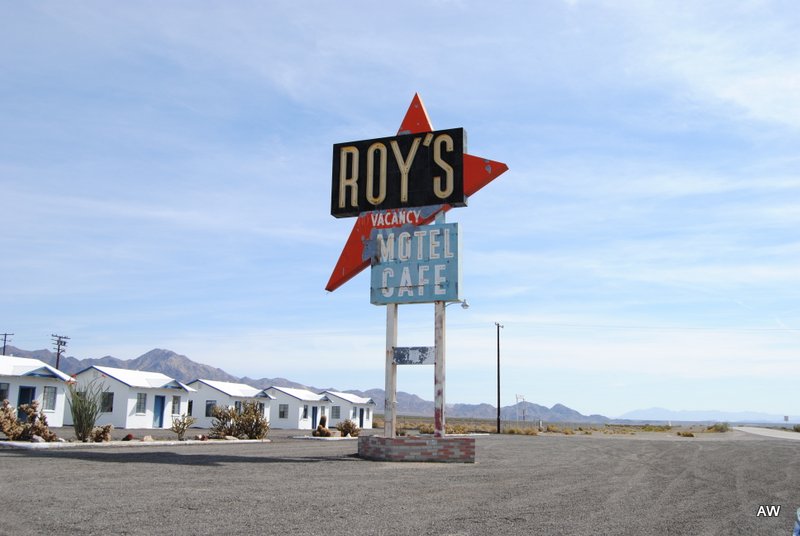 We stopped to admire the desert flowers and some train tracks. Ok, you caught me, we stopped to take goofy photos on the train tracks. But sadly, none of them are mine (I was in many). Trying to balance on a train track. Pretending to menace my friends with a railroad spike. Y’know, normal stuff.

We then stopped at Buffalo Bills, hoping to ride the roller coaster around the building. It wasn’t running that day, so we settled for lunch.

With a few more hours to spare before we needed to check in for our flight home, we stopped at Cannibal Crag for a quick climb. There, we met up with a climber from our home gym! 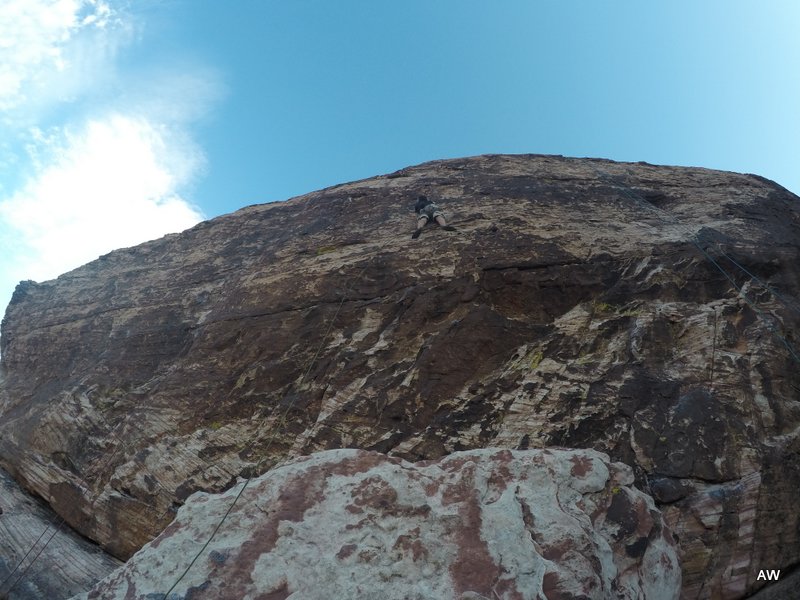 I lead Mac and Ronnie in Cheese. It took longer than I’d care to admit. After a week of climbing fairly hard, I was experiencing some serious head game. I had lead things as at this difficulty many times over. I had top-roped much more difficult climbs. And yet, there I found myself, frozen in place. I didn’t want to fall. Down climb? No way. Go up? Not that either. S was very patient with me. Waiting. Encouraging. Trying to give beta for a route he’d never climbed himself. The others chimed in with beta. You see, I’m stubborn. And I know I can do it. But sometimes this irrational fear just kicks in. I climbed up. Nope. Down climbed to the last bolt. Tried another way. Yikes that’s worse. Down climbed again. Finally, I just went for it.

And then I wondered why I was ever worried about falling. I love those moments when I prove myself wrong.

But I equally love the moments when I fall and remember that it’s not a big deal. I just climb back up, evaluate why I fell, and try again. 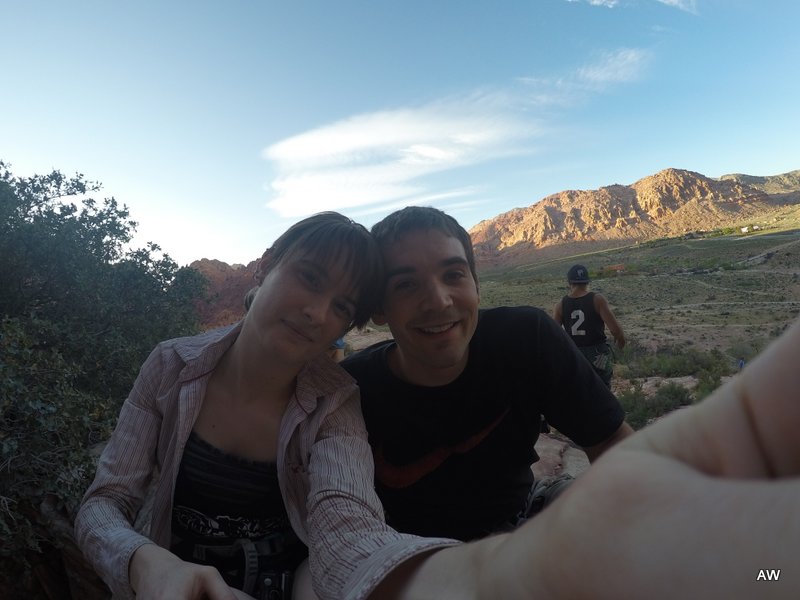 So long Red Rocks! I hope to be back soon.