I wish I had a good story to go with this recipe. Because I’m so excited to post about it…

A few weeks ago I started wishing I could eat Butter Chicken. I had made a recipe from the Cooking School Indian cookbook years ago, and LOVED it, but knew the recipe wouldn’t do this time around. No dairy. And the chickpea flour likely wouldn’t make me feel well. It was time to find some substitutes.

So I googled “dairy-free butter chicken.” I found a bunch of recipes that called for… you guessed it… BUTTER. So much for dairy free. So I kept digging. Nothing seemed quite right. Some of the curries seemed bland. Others too complicated. There was no consistency on what was recommended for the curry sauce.

So I compared my favourites by amalgamating the ingredient lists, picking the spices or foods that showed up most frequently, cutting the rest, readding a few I liked, cutting what I thought might not belong… it was quite the process.

Recipe inspired by the many many recipes I read ahead of time:

By no means would I call this a quick meal. It took a bit of work… and a lot of planning. But it’s sooooooo worth it. (I can’t wait to see S’s reaction to this meal. He doesn’t love curry, but I think this might change his mind!) 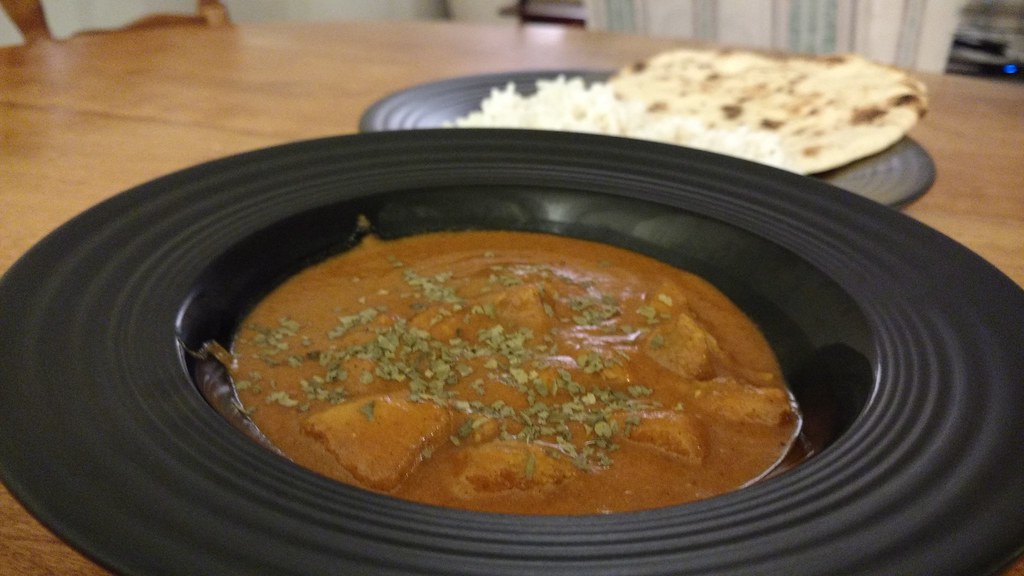 It’s all about the base 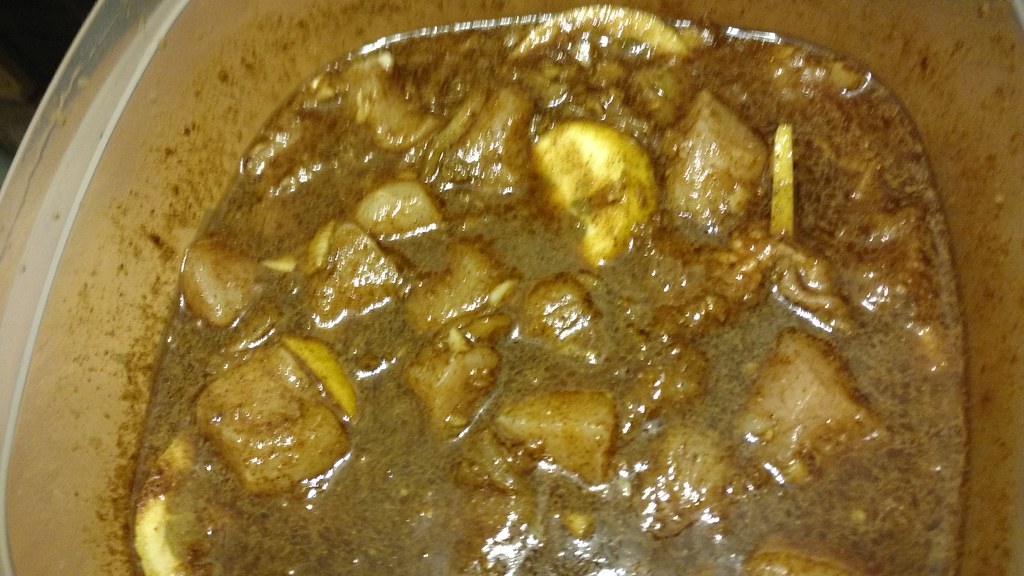 Tip: Mix all the spices at once, then divide the mixture in half. Half for the marinade and half for the sauce. There is a small variation in the spice mixtures, so this doesn’t make a big difference in the resulting meal.

Bonus Tip: Make extra spice mixtures while you have them all out of the cupboard. This will significantly cut down prep time the next time you make this recipe. 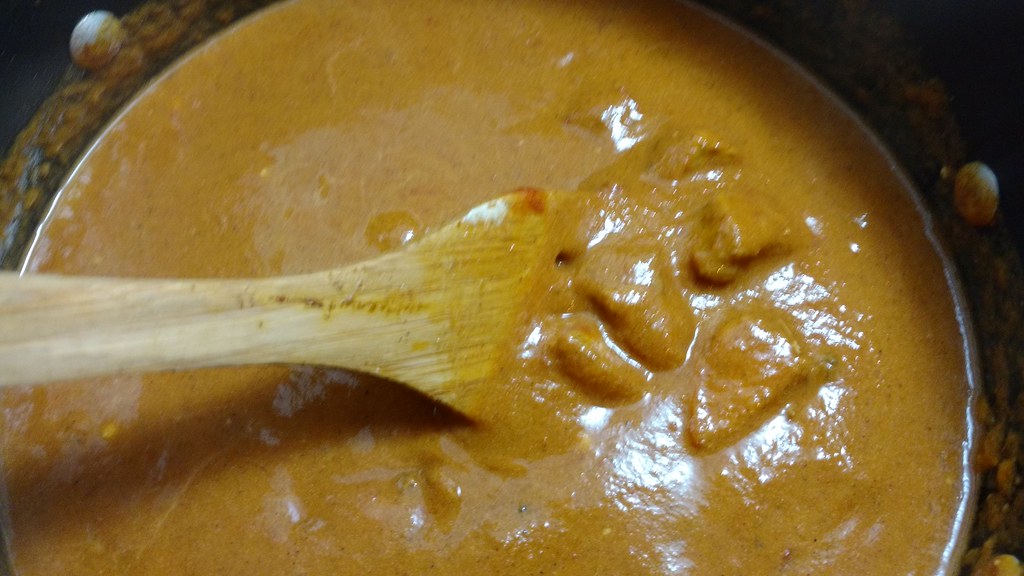 Serve hot with naan bread, rice, or roti! This makes lots of food, so share with your friends. But don’t share this with your kitties, even if they think it might be a good idea.

At home, I try to cook without dairy, but it’s generally not the end of the world if I eat some — in moderation — while out. And by moderation I mean some butter on the food, a splash of milk, or a nibble of cheese. But I wouldn’t eat a creamy soup.

Avoiding dairy seems really restricting at times. Passing up homemade cheesecake at family functions is the worst. And I always hesitate before saying no to whipped cream.

A few weeks ago I had a craving for one of those dairy-filled foods that I had almost completely forgotten about. Cream of mushroom soup! (Which is weird to me because I refused to eat mushrooms as a child, and couldn’t eat the dairy by the time I was an adult)

Anyway, I set out to make a dairy-free version, which could easily be made vegetarian by substituting vegetable stock. 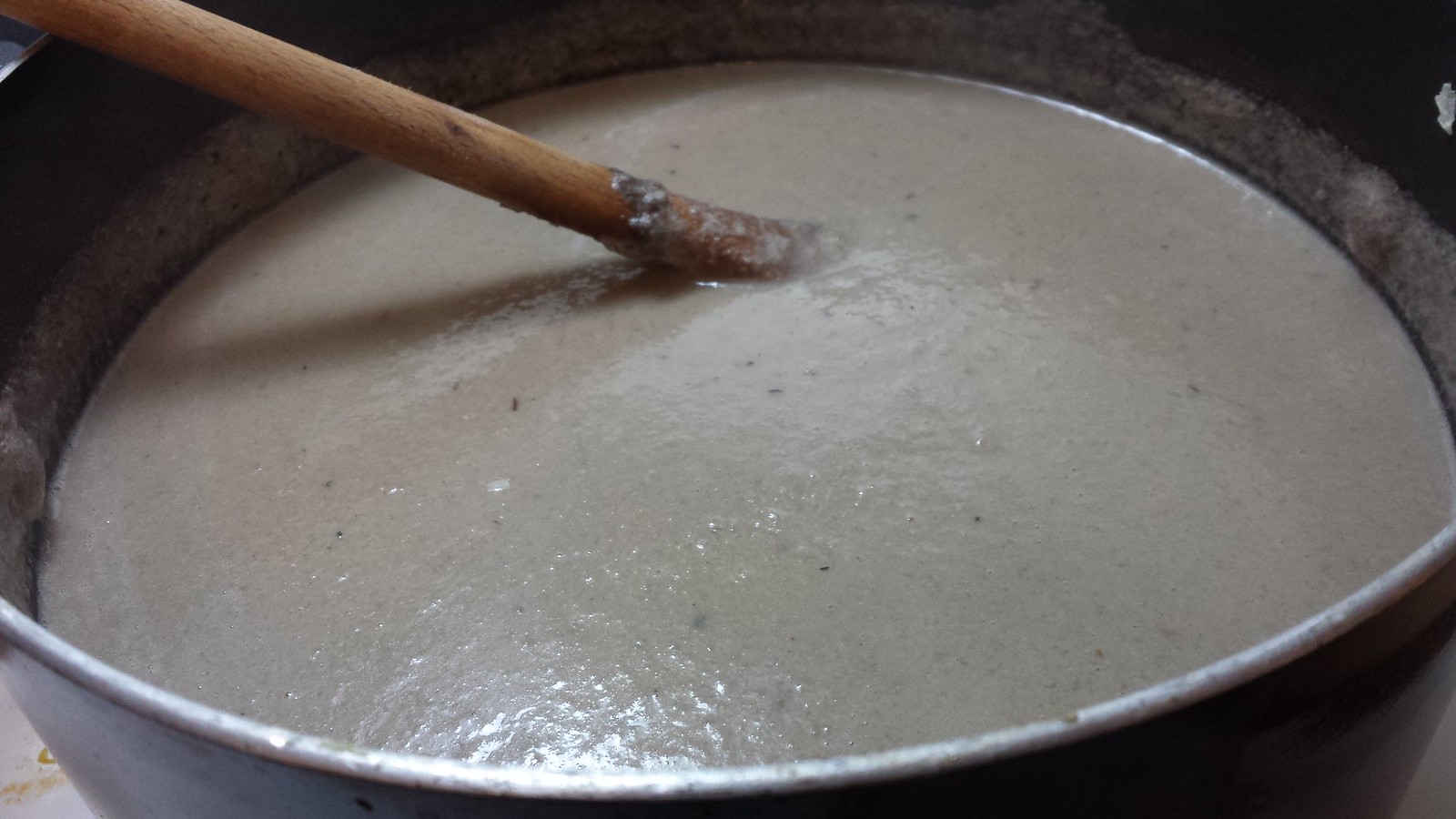