Eat more salad, they told me.

And yet the whole time, this clip from a older episode of The Simpsons (Lisa the Vegetarian first aired in 1995) was running through my head:

First, a Dietician told me that I needed more leafy greens in my diet. Then, a Natuopathic Doctor. It took two professionals to set me on the right track.

And you know what? 9 months later I can honestly say it’s been a long time since I’ve felt as good as I do now. It’s not just that I eat salad. I made a lot of dietary changes. But salads have probably been the biggest change and the most challenging to integrate. At first, ideas for salad didn’t come naturally. And they don’t always now, but it’s getting easier. I have to meal plan. I have to make new choices at the grocery store.

I had to decide it was time for a change.

I’ve learned to embrace salads as a daily food choice, as part of my meal planning, and part of my grocery budget. 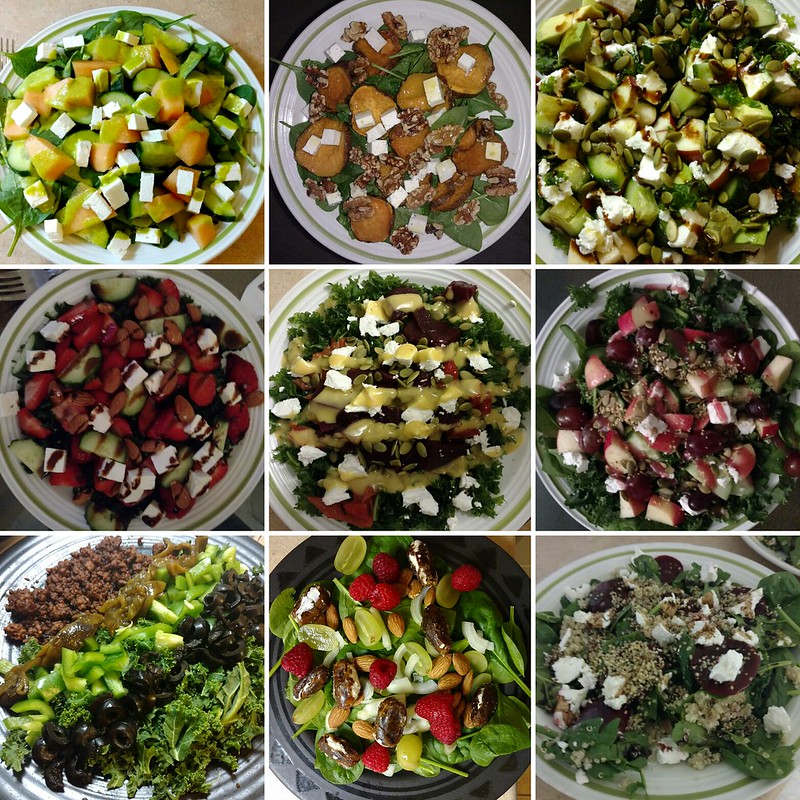 I’ve embraced the idea and practice of eating more salad.

Know what else? I’ve won friends with salad.

I’m slowly becoming known as the friend with all the salad ideas. People have mentioned that my constant barrage of salad pictures on Instagram inspires their own salad-making!

For me, this recipe screams Fall! Thanksgiving! Family time! One of my aunts makes a variation of this salad for family get togethers. This is a copycat version of her recipe.

The original recipe calls for regular feta cheese, if you prefer.